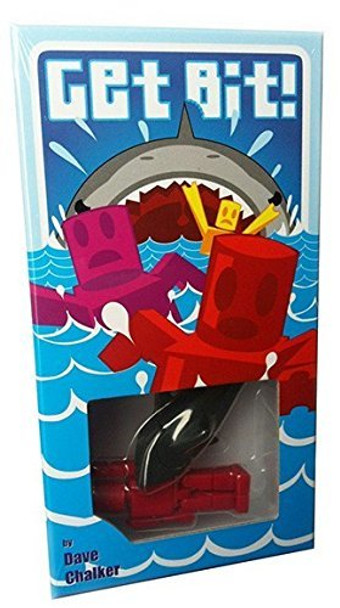 or make 4 interest-free payments of $8.00 AUD fortnightly with

Get Bit! is a card game where players are competing to stay alive as the others are being eaten by the shark. The order of the swimmers is determined by simultaneously playing cards face-down then revealing the values.

No Thanks - The Pay or Play Card Game

MSRP:
Our Price: $18.00
RRP:
Take a card or say “No Thanks.” It’s easy to say no if you have a chip to add to the prize pool.Be aware that your chips won’t last forever and when you take a card it...

MSRP:
Our Price: $9.50
RRP:
Test your speed and reaction with this fast action card game. Each card shows the NEXT Tetrimino shape to be played. Race to play a matching card from your hand… but take your eyes off the...

MSRP:
Our Price: $36.00
RRP:
Exploding Kittens is a card game for people who are into kittens and explosions and laser beams and sometimes goats. In this highly-strategic, kitty-powered version of Russian Roulette, players draw...

MSRP:
Our Price: $25.00
RRP:
Quiddler challenges players to create words from an ever-increasing number of letter cards in their hand. The game lasts eight rounds, with three cards being dealt to each player in the first round,...